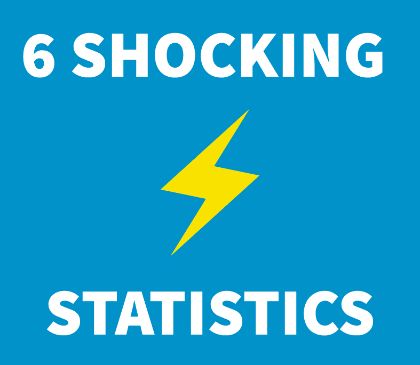 To kick off the National Sudden Cardiac Awareness month and to usher in October, we’re sharing a few spook-worthy statistics about SCA.

Taken a step further, about 90% of the people who experience an OHCA will die. While these numbers are nothing short of staggering, The American Heart Association also notes that “CPR, especially if administered immediately after cardiac arrest, can double or triple a person’s chance of survival.”

What is CPR and how does it work? Cardiopulmonary resuscitation is an easy-to-learn lifesaving procedure undertaken by first responders or bystanders in an effort to maintain the flow of oxygen to and from the brain and other vital organs. Often, artificial respiration (mouth-to-mouth or bag-valve mask ventilation) accompany manual chest compressions; however, compression-only CPR is an increasingly accepted method as well.

Shocking Stat #2: Among middle-aged adults treated for SCA, 50% had no symptoms before the onset of arrest.

Much like SCA survivor Rob Seymour (who we profiled back in March), 50% of people who experience cardiac arrest demonstrate no warning signs.

However, when we flip that stat on its head, a whopping 50% of the people who experience SCA do exhibit warning signs in the hours, days, and weeks prior to the event, and only 19% of the symptomatic patients called emergency medical services to report their symptoms (National Center for Biotechnology Information).

Be heart-aware and be on the lookout for symptoms such as:

Want to dig a little deeper? Read our post, “What’s the Difference Between a Heart Attack and Sudden Cardiac Arrest?”

Shocking Stat #3: 475,000 Americans die from a cardiac arrest every year and 17.5 million people across the globe die from cardiovascular disease each year.

These figures, courtesy of the American Heart Association and the World Heart Federation, demonstrate just how important it is to take care of your heart! Put yet another way, in the United States, SCA claims more lives than colorectal cancer, breast cancer, prostate cancer, influenza, pneumonia, auto accidents, HIV, firearms, and house fires combined.

Just last week, in celebration of World Heart Day, we shared a few of our favorite heart-healthy tips!

The Occupational Health and Safety Administration strongly encourages the placement of AEDs in the workplace, yet no federal regulations exist.

Take a look at this example, cited on OSHA’s website: “While standing on a fire escape during a building renovation, a 30-year-old construction worker was holding a metal pipe with both hands. The pipe contacted a high voltage line, and the worker instantly collapsed. About 4 minutes later, a rescue squad arrived and began CPR. Within six minutes the squad had defibrillated the worker. His heartbeat returned to normal and he was transported to a hospital. The worker regained consciousness and was discharged from the hospital within two weeks.”

What can you do to improve SCA survival rates among your employees? Implement an AED program in your workplace today! Affordable, recertified AEDs start at just $550, and implementing an emergency response plan is priceless. Ready to take the plunge? We’ll help you figure out which AED is right for you.

It should go without saying, but we’re going to go ahead and say it: saving a life is, without a doubt, the best reason for learning CPR. Because four out of five cardiac arrests occur at home, performing CPR promptly and investing in an AED for your home may save the life of someone you love.

And, in case you’re curious, 21% OHCAs occurred in public settings and 10.5% occurred in nursing homes.

See, it’s not all bad news! Not only that, but the American Heart Association recently published an article revealing that more people are stepping up to offer CPR when someone’s heart stops.

However, despite the fact that first responders are “intervening at higher levels,” survival rates remain higher for men than for women.

One of the researchers associated with the study, Dr. Carolina Malta Hansen, a researcher at Duke Clinical Research Institute, said that a number of factors might have contributed to the outcomes. “Compared to male victims of cardiac arrests, women are more likely to have cardiomyopathy, or disease of the heart muscle, and non-shockable rhythms that can’t be treated with defibrillation. Women who suffer cardiac arrests also tend to be older than men and live at home alone, with less chance of CPR being performed.”

In the article, Hansen goes on to note that there’s a great need to strengthen all the links in the chain of survival and that “the most important thing for the general public to know is that bystander intervention is paramount. You shouldn’t be afraid of doing something wrong, because anything is better than nothing: Stepping in and starting CPR and applying an AED before EMS arrives is the foundation for survival.”

For more information about purchasing a new or recertified AED for your home or workplace, or to schedule AED training or maintenance, visit AED.com or call Cardio Partners at 866-349-4362. We also welcome your emails, you can reach us at customerservice@cardiopartners.com.

← PREVIOUS
5 Ways to Care for Your AED 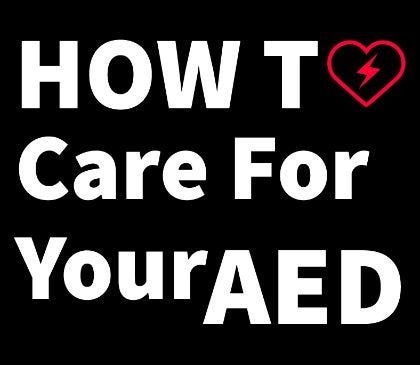 NEXT →
7 Essential Questions to Ask Before Purchasing an AED 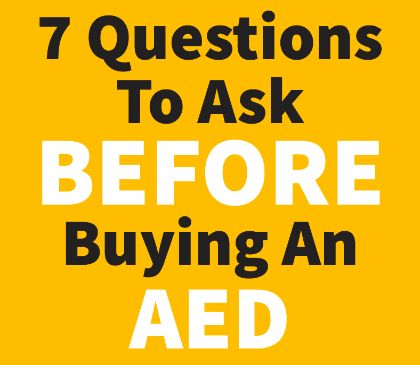