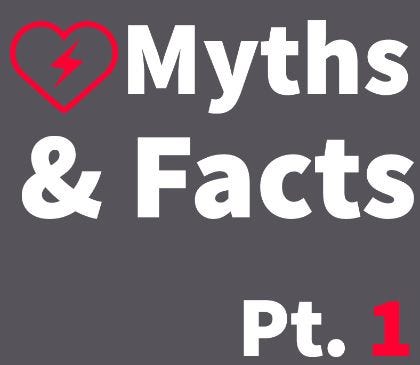 One of the most common questions we hear on a daily basis concerns what an AED actually does to the heart.

As the general public usually has very little exposure to AEDs, a lack of awareness regarding their basic function is not surprising. Unfortunately, most people’s first interaction with an AED occurs during a life or death situation when a co-worker, friend, or passerby suffers cardiac arrest. In such a tense environment, it can be all too easy to panic even if an AED is readily available.

To help assuage your concerns and uncertainties regarding AED usage, we will be posting a two part series to separate facts from myths and misconceptions. Today, we’ll be focusing on what an AED does to the heart as well as what it does NOT do. The second installment will center around who can operate an AED and who the device can be used on. We hope our mythbusiting will help you feel more prepared if you ever find yourself in a situation where an AED is needed. We would love to hear your comments about other myths you may have heard or further questions you may have.

Myth: A heart attack and a cardiac arrest are the same thing.

Fact: A heart attack results from “plumbing” problems while cardiac arrest is caused by “electrical” problems.

Heart attacks occur when there is a blockage of vessels in the heart limiting blood flow; however, the heart generally keeps beating.  Cardiac arrest is caused by ventricular fibrillation, which is caused by a lack of synchronicity of the heart’s chambers resulting in a sudden stoppage of blood flow and loss of consciousness. Cardiac arrest may occur as a result of a heart attack or coronary heart disease, but it can also be induced by arrhythmias (abnormal heart rhythms), electrocution, drowning, choking, or trauma.

Myth: An AED could unintentionally shock a victim.

Fact: An AED analyzes the victim’s heart to determine if a shock is necessary to restart the heart.

It’s natural to be a little wary of anything that involves sending an electrical current through the body. However, the electrodes which attach to the victim’s chest relay information to a computer inside the AED that analyzes whether a shock is necessary. If deemed to be needed, the electrodes will deliver a shock to the body which stun the heart allowing it to reset to a normal beating rhythm. Receiving this shock to restart the heart is essential to survival as there is only a five minute window before most individuals begin to experience brain damage. The average EMS response time is 11 minutes meaning having an onsite AED is crucial to both survival and neurological health. 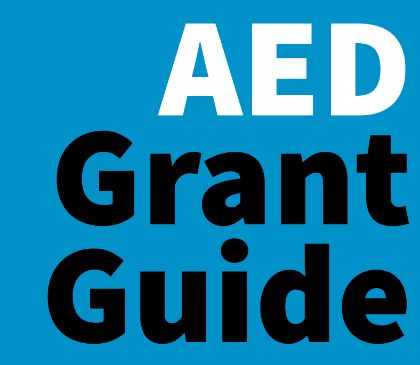 NEXT →
AED Myths and Facts: Part 2 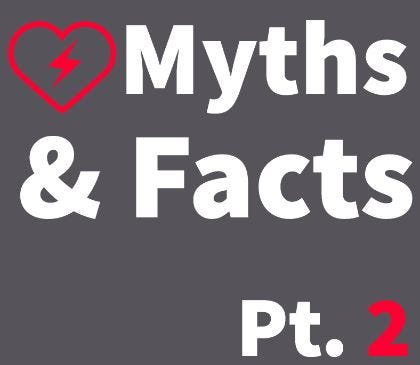