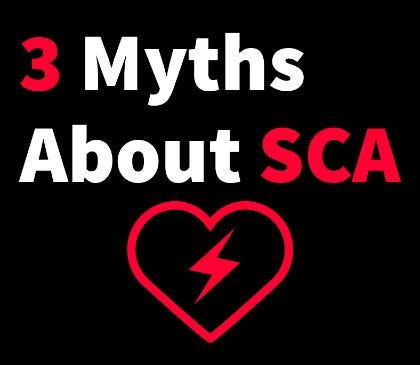 AEDs are used exclusively for sudden cardiac arrest patients, so if you don’t understand sudden cardiac arrest it’s awfully hard to grasp why having an AED is just so important. So, today we will explore 5 myths surrounding cardiac arrest and how they directly relate to justifications for not owning an AED. We’d love to hear other myths you have heard that might create unnecessary concerns around AED ownership.

It’s all too easy to assume that SCA won’t strike the people that frequent your business or school especially if you cater to a young and healthy customer base. Unfortunately, SCA doesn’t discriminate by age or even by fitness level. SCA can be caused by an existing undetected arrhythmia as well as by a variety of traumas including drowning and electrocution. Furthermore, SCA is far from uncommon. 1,000 people die from SCA in the US every day. That’s 10 times more than the number of people killed in car accidents.

2. Sudden Cardiac Arrest Is the Same as a Heart Attack

We have covered this myth multiple times here at AED.com, but it is so important to debunk for two main reasons. First, it links directly to the first myth we covered. Heart attacks generally do occur to individuals with an existing heart condition who are likely to have other health problems or experience warning signs. Understanding that these two ailments are separate (although a cardiac arrest can follow a heart attack if not treated) allows us to fully distinguish the potential victim pool for each. Secondly, it is crucial to note that a heart attack patient does not immediately lose consciousness and has a good chance of arriving at a hospital in time for treatment. However, sudden cardiac arrest victims lose consciousness immediately and are almost guaranteed to suffer death or severe brain damage if not treated within five minutes.

3. CPR Is the Best Treatment for Sudden Cardiac Arrest

CPR is an extremely important skill to have. We absolutely believe everyone who can become trained and certified in CPR should. However, CPR alone is often not enough to revive a sudden cardiac arrest patient. Patients who suffer out-of-hospital cardiac arrest have only a 5% chance of survival. With CPR alone that number climbs to between 10-15%. If an on-site AED is used, that number jumps to at least 49.6%. A recent study of high schools found that 71% of SCA patients survived with the help of an on-site AED. Having an AED on-site is so crucial because the average EMS response time is 11 minutes, more than double the amount of time a patient must be revived in order to avoid brain damage or death.

4. I’m Not Qualified to Help a Sudden Cardiac Arrest Patient

If you’re not a medical professional it can be scary to intervene during an incident of sudden cardiac arrest. However, becoming certified in CPR and AED use is easily attainable through courses offered by the American Heart Association and the Red Cross. One of the best features of modern AEDs is that many models offer verbal instructions to guide you throughout the rescue process including CPR. AEDs are specifically designed to only deliver a shock when needed which means you are never at risk of administering an unneeded shock.

5. I Could Be Sued for Intervening with a Sudden Cardiac Arrest Patient

Even if you are trained in CPR and AED usage, you might be afraid that you could be held legally liable if something goes wrong with the patient. If you are a business owner, you might be similarly concerned that you could be sued if an AED you purchased or placed on your property is used. You should know that all 50 States have established Good Samaritan Laws to protect lay rescuers and owners. Furthermore, some experts believe that a business owner is in fact MORE liable if they don’t have an AED available in certain environments including dentist offices and fitness clubs. As the Sudden Cardiac Arrest Association points out, an individual who is in sudden cardiac arrest with no heartbeat is already clinically dead. Your efforts will not make the situation worse virtually nullifying any potential liability concerns.

← PREVIOUS
3 Reasons Why You Should Care about AED Compliance Management

NEXT →
5 Reasons Why AED Packages are Important 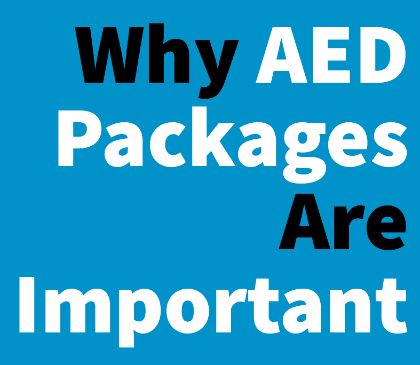