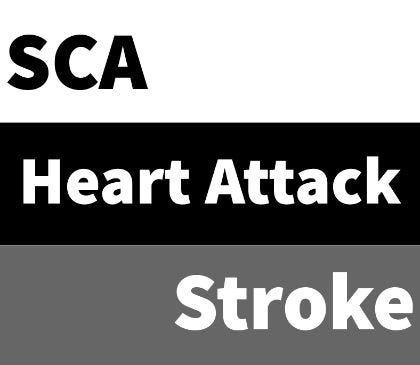 Is it a Heart Attack, Sudden Cardiac Arrest, or a Stroke?

They’re all serious conditions that require immediate medical attention but many people don’t fully understand the differences between these three common killers. Simply put, a heart attack is a circulatory problem, sudden cardiac arrest (SCA) is an electrical malfunction in the heart, and a stroke is caused by a blood clot or ruptured blood vessel in the brain.

In this article, we’ll help you understand what’s happening within the body during each of these medical emergencies.

Although the risk factors may be the same from person to person, understanding the differences between these conditions can be a matter of life and death.

Heart attacks are, essentially, a circulation problem and they occur when blood flow to a person’s heart is severely reduced or blocked. Heart attacks can be relatively mild or very, very serious.

During a heart attack, an artery becomes clogged and cannot carry enough oxygen to the heart. The heart may continue to beat normally but if the blockage is not quickly resolved, parts of the cardiac muscle will begin to die from lack of oxygen. The longer a heart attack goes on without treatment, the greater the damage to the muscle.

Symptoms of a Heart Attack

You may be able to prevent a heart attack from occurring if you know what to look for andyou listen to your body! Symptoms can occur hours, days, and even weeks before the heart attack itself. The most common symptoms of a heart attack include:

It’s well worth noting that women may experience symptoms of a heart attack differently from men. Even though heart disease is the number-one killer of women in the United States, women often fail to identify their symptoms as warning signs of a heart attack (American Heart Association).

In addition to (or instead of) the symptoms listed above, women may experience pressure or pain in the lower chest or upper abdomen, lightheadedness, fainting, flu-like symptoms or extreme fatigue.

Cardiac arrest is an electrical problem and is caused when an individual’s heart suddenly and unexpectedly stops beating, which prevents blood and oxygen from flowing to vital organs. Unlike a heart attack, SCA is always serious. Without the use of an automated external defibrillator (AED) to shock the heart back into a healthy rhythm, death can occur within minutes.

A heart attack often telegraphs its arrival with clearly defined symptoms, SCA, however, can occur with little or no warning, as it did for SCA survivor Rob Seymour. Symptoms are immediate and dire: sudden loss of consciousness/responsiveness, lack of breathing, and no pulse. During a cardiac arrest, the heart stops beating and the organs of the body are deprived of oxygen.

When the heart stops beating, death can occur within minutes.

SCA can be caused by any number of events, such as ventricular fibrillation, a sudden blow to the chest, electrocution, drowning, drug abuse, heart attacks, cardiomyopathy, or hypothermia. Cardiac arrest can be reversible if it’s treated in the first few minutes with CPR and by using an AED on the victim.

A stroke is a “brain attack” that can happen to anyone at any time and occurs when blood flow to the brain is blocked by a clogged or burst blood vessel. When blood flow to the brain is cut off, brain cells are deprived of oxygen and begin to die. When brain cells die during a stroke, abilities controlled by that area of the brain such as memory and muscle control are permanently lost (National Stroke Association).

Using the acronym FAST, you just may be able to save someone’s life. If someone’s facebegins to droop or they’re complaining of numbness, ask them to smile. If the person’s smile is lopsided, they may be having a stroke. If their arm is weak or numb, ask them to raise both arms. Does one arm drift downward? Is their speech slurred or strange? If someone is showing any of these symptoms, it’s time to call 9-1-1 immediately.

What You Can Do to Assist Someone Who is Experiencing a Heart Attack, SCA, or Having a Stroke?

If you witness someone suffering from a possible heart attack, SCA, or a stroke call 911 immediately. The operator may be able to help you administer compression-only CPR to the victim. If possible, ask a bystander to locate an AED.

You never know when your actions could help save a life.

To become better equipped to offer assistance, sign up for first aid, CPR, and AED training today! Cardio Partners offers CPR, First Aid, AED, and bloodborne pathogen training courses in all 50 states in traditional classroom settings and in blended learning courses. To learn more about our courses or to schedule a training, call our team at 866-349-4362 or email Cardio Partners at customerservice@cardiopartners.com.

← PREVIOUS
Is Your AED Being Mismanaged? 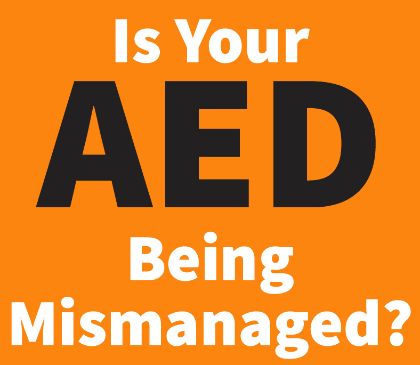 NEXT →
Making the Case for Implementing AEDs at Sporting Events 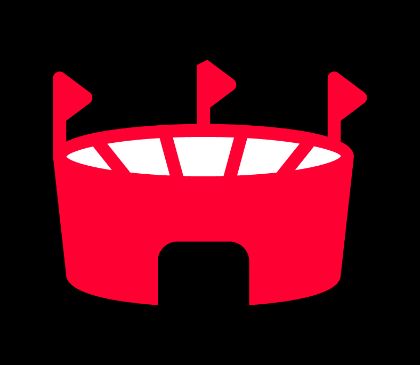